Is Ukraine about to Win? 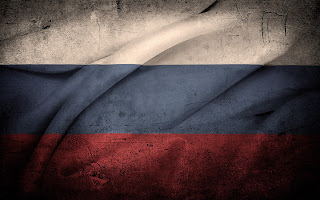 “Above all, don't lie to yourself. The man who lies to himself and listens to his own lie comes to a point that he cannot distinguish the truth within him, or around him, and so loses all respect for himself and for others. And having no respect he ceases to love.”

All wars begin because of elite self-deception and wishful thinking. Putin’s self-deception and European wishful thinking created the conditions for the tragedy now being inflicted on Ukraine. Self-deception and wishful thinking continues on both sides.  If someone once joked that Belgium was created for the British and Germans to resolve their differences, Ukraine has become the battlefield for a not-so-implicit proxy war between the ultra-conservative nationalists who control Russia and the liberal West, specifically western Europe. What is ultimately at stake is the nature of both power and order in Europe, as it has been so many times in Europe’s painful past.  There is nothing the West can offer ultra-conservative Putin that could accept short of the abject abandonment of Ukraine, and nothing Putin will do that is acceptable to either himself or the West. There is no anti-war camp in Russia anywhere near to power.  One might develop but Russia’s political culture makes such opposition extremely dangerous.  Rather, there are two pro-war camps both of which claim to seek some ill-defined return to Russia ‘gloire’. One seeks to conduct a long war that plays to what they believe are Russia’s strengths and another camp wants a quick war and are willing to resort to any means, including the use of nuclear weapons, if need be. Putin oscillates between the two.

Last week I was driven across the hauntingly beautiful Latvian and Lithuanian landscape with its vestiges of vengeful war and the occasional woeful ruin of Soviet collectivism. It is simply amazing how far the Baltic States have come since 1991 and the collapse of the Soviet Union.  Compared with Russia it is also damning. One can almost hear the tock-tick of a large Sekonda clock just over the border as it sounds the turning back of time that this war marks. In many ways this is a war between progress and paralysis and not just in Ukraine.  The merest glimpse of Russian history reveals a Pasternakian tendency in Russia to see war legitimised not by self-defence or even a political idea, those twins are merely the font of Kremlin falsehood. Rather, for Russians the more suffering a war inflicts the more ‘legitimate’ it is.  After all, is not Russia surrounded by enemies and is not the only way Mother Russia can survive through perpetual struggle against imaginary fascists?

Is Ukraine about to win?

No. Putin and his wretched army have lost many battles, but they have not lost the war. Putin’s war has been presented in the West as a war of choice but in his mind this is no such war.  It is an existential war which casts martial Russia as Sparta in the face of a far wealthier, intrinsically more powerful, but decadent ‘Athens’. Ukraine is simply the Peloponnesian battlefields on which the struggle for ‘hegemony’ over Europe’s north, east and south-east must be conducted, and where it will eventually be decided. This is thus the beginning of another ‘classical’ Russian war recognisable to any Tsar of that past, as it is to the Tsar of today, the last resort of a politically and morally bankrupt Kremlin.  They had nowhere else to go but Ukraine.

Having undertaken such a cack-handed invasion back in February there are three options facing Putin and his generals (so long as they last). First, the Russian Army could collapse and Ukraine’s advances of late turn into a military rout.  Wishful thinkers in the West are glued to this idea but it is highly unlikely. This is not least because the vital junior leadership elements of Ukraine’s forces, the captains, majors and lieutenant-colonels, have been decimated, even if Kyiv is doing a superb job at masking such losses.  It is now almost October when the mud and then snow returns across much of the Steppe on both sides of the border (look at a map!).  Ask the Wehrmacht what mud does to fighting power, fighting machines and fighting mobility. Second, the Russians could mount a counter-attack, but with what? Their elite combined arms armies have either been decimated, simply did not work, or both. For example, the elite 1st Guards Tank Army is believed to have lost up to 60% of its fighting power and will take years to rebuild as a fighting strike force.  Third, the Russians could simply retrench to buy time by using an ill-trained mass to block a highly-motivated, but increasingly exhausted, Ukrainian force.

Retrenchment is also decidedly Russian with the war itself an exercise in retrenchment.  It is retrenchment that is behind Putin’s decision to partially mobilise the Russian population.  Forget Dmitry Peskov’s fake news about the mobilisation only involving 300,000 people with prior military experience.  The manner by which ‘military experience’ is being defined will ensure some 1 million Russians will be trawled by the Kremlin’s long-line conscription and most of them will be used in exactly the same ways the Soviets used their conscripts at the gates of Moscow in late 1941 or during the Battle of Stalingrad in 1942 and 1943.  They will be cannon fodder and missile bait for Ukraine’s advanced Western supplied munitions, supported by hybrid, cyber, information and electronic warfare.

The Kremlin’s strategy now is twofold: first to exhaust Ukrainian forces; and second to buy the necessary time to study the lessons from first campaign season, which is now coming to an end, begin the rebuilding of Russia’s fighting power, identify critical weaknesses in both Ukraine’s political and military systems far more systematically than prior to February 24th, and put the Russian economy on a war-footing.  Such a strategic and tactical pause could take up to five campaign seasons maybe more (March to October) but as long as Tsar Vladimir Vladimirovitch is in power the war will continue.  Even if he is removed from power there is every likelihood his successor would be even more dangerous. That is precisely what has happened in almost all of Russia’s past wars and for one simple reason – the Russian armed forces have always been the central pillar of the Russian state and whatever the incompetence of their leaders if they fall so does Mother Russia.

It is that latter point Western, particularly European leaders, need to understand. Ultimately it is liberal Europe that is the real enemy and the margins of liberal Europe the real target.  European leaders point to Putin’s desperation in ordering the mobilisation without seeming to realise that the entire war is an exercise in desperation caused simply by the Kremlin’s failure to prepare Russian society and people for the modern world. Simply by existing European liberal democracies are a threat to Russia in the same way the free world was a threat to the Soviet Union.  It was the mirror in which Russians over time saw the failure of their own corrupt political system.  Moreover, whilst the armed forces might be the backbone of the Russian state but Putin is the indispensable father of the state. Therefore, the Russian state only exists to serve Putin and the Russian state, not the Russian people.  Given the pace and scale of change taking place in the world the only way Putin and his cronies can survive, and only for a time, is to create a Fortress Russia with Ukraine as a moat, albeit built on the lies about the threat posed by the EU, NATO and the West.

Europe does at least seem to be awakening to the extent of Russia’s war aims.  In spite of Russia’s waging of economic and information warfare against the rest of Europe, organised resistance is finally being mobilised. Last week’s Germany’s Chancellor Olaf Scholz told the Bundeswehr that, “As the most populous nation with the greatest economic power and a country in the centre of the continent, our army must become the cornerstone of conventional defence in Europe, the best-equipped force”.

The British, already the world’s third largest defence spender in 2022, also announced last week a further review of the 2021 Integrated Review. Ben Wallace, Britain’s Secretary of State for Defence, also said that by 2030 Britain would have increased defence expenditure from the current £48 billion per annum to £100 billion per annum.  How that hike will be afforded is another matter together with just where the money will be invested, but then what value does security have, and what cost must therefore be afforded? Similar commitments are being made across the rest of Europe much to the relief of an increasingly over-stretched America.

Ukrainians have no choice but to fight for their lives and existence. The rest of Europe? Now they must be delivered if peace through strength is to be more than just the latest flight of European political fantasy.   As Edward Gibbon once famously wrote, “In the end, more than freedom, they wanted security.  They wanted a comfortable life, and they lost it all – security, comfort, and freedom.  When the Athenians finally wanted not to give to society but for society to give to them, when the freedom they wished for most was freedom from responsibility, then Athens ceased to be free and was never free again.”

Whilst much of contemporary Europe is unlikely to suffer the fate of Pericles, Athens and the Delian League the terrible damage Russia could inflict going forward must not be under-estimated.  Therefore, Europeans, together with their North American allies, must not only increase their respective defence budgets they must also decide what their aims are beyond keeping Ukraine in the fight and how best can they support Ukraine going forward in the war. In short, the aim must be to end the war on terms acceptable to the Ukrainians and deter Russia from its wider strategic aims in Europe.

Therefore, as a matter of urgency Europeans and their allies must end any wishful thinking about an imminent war’s end and accept that once again Europe is facing a long war.  Europeans must also have the mind-set needed to conduct such a war across the information, technological, economic, diplomatic and military battle spaces and battlefields in which it will be fought.

Leo Tolstoy once wrote in War and Peace, that, “The strongest of all warriors are these two — Time and Patience.”  Some firepower also comes in handy.

Posted by Lindley-French's Blog Blast at 12:15 No comments:

Lindley-French's Blog Blast
Breda, Netherlands
Julian Lindley-French is Senior Fellow of the Institute of Statecraft, Director of Europa Analytica & Distinguished Visiting Research Fellow, National Defense University, Washington DC. An internationally-recognised strategic analyst, advisor and author he was formerly Eisenhower Professor of Defence Strategy at the Netherlands Defence Academy,and Special Professor of Strategic Studies at the University of Leiden. He is a Fellow of Respublica in London, and a member of the Strategic Advisory Group of the Atlantic Council of the United States in Washington. Latest books: The Oxford Handbook on War 2014 (Paperback) (2014; 709 pages). (Oxford: Oxford University Press) & "Little Britain? Twenty-First Strategy for a Middling European Power". (www.amazon.com) The Friendly-Clinch Health Warning: The views contained herein are entirely my own and do not necessarily reflect those of any institution.